Speech is the ability to use your lips, tongue, and other parts of your mouth to produce sounds. To produce clear speech, children need to be able to produce the different sounds of speech, as well as understand the rules for putting those sounds together in their language. 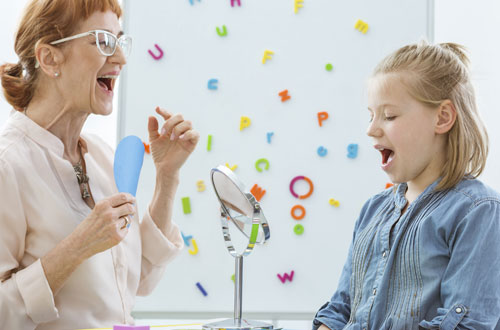 Most children make mistakes in their speech during the first few years of speech development. But by about three years, their main caregivers can understand most children. Some phonological processes persist until children are older, but most are resolved by 3-6 years of age. Your speech and language therapist will be able to advise you in more detail about these.

If you are worried that your child might have a speech sound disorder, think about how often people who don’t know your child have trouble understanding your child.

It is best to consider seeking help if your child:

If you are concerned about your child’s speech, please contact our team to schedule in an assessment. A speech assessment can identify your child’s strengths and areas to develop so that therapy can be planned and implemented to help their speech.